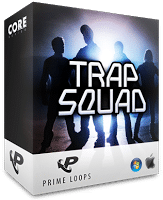 An aggressive blend of Southern Hip-Hop, Crunk and Dutch House, Trap is a wild child that cannot be contained by the underground! Rising up into the mainstream, there’s a massive demand for fresh Trap sounds and Trap Squad has been assembled especially to drop an epic amount of next-level stimulation into the scene! 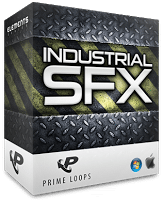 Industrial SFX has been meticulously manufactured to bolster your productions with a sturdy collection of SFX loops and one-shots, calibrated to bond with a vast range of genres from Electro, Techno, Dubstep, Glitch and Minimal to Metal and many more. This pack hammers home an epic selection of huge, cacophonous industrial vibes balanced with a shadowier offering of droning ambiences for good measure!

This pack features a huge selection of 240 pulverizing, white-hot industrial sounds including 45 FX loops and an oversized shipment of 201 one-shots.