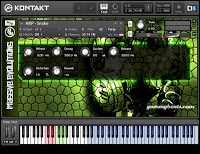 YummyBeats has announced the release of Massive Evolutions Free, a free collection of 480 MB of sounds for Kontakt and presets for Massive VSTi. Massive Evolution Free is suitable for genres like dubStep, electro, club, hip hop, pop etc.

480 MByte of Sounds for Kontakt and additional presets for Massive from the Massive Evolutions. This Library contains a selection of heavy & wobbling Basses, cutting & toxic Leads, Arpeggio-Synths, FX, recorded in numerous variations which can be affected by Key-Switches (Kontakt) or the pre-programmed Knobs (Massive).