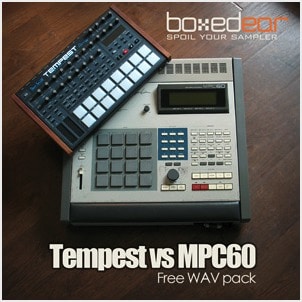 We’re celebrating this year with a free gift, a tribute to the father of the drum machine, Roger Linn.

We’ve taken two classic drum machines, both designed by Roger. The MPC60 is a sampler first released in 1988 and is considered one of the major contributors to the development of hip hop music. The Tempest is a modern analogue/digital hybrid drum machine released in 2011. We thought it would be fun to bring them both together by synthesizing pure analog drum sounds on the Tempest and sampling them into the MPC60 for that tasty 12bit digital crunch.

The pack consists of 90 one shot drum samples in 24 Bit WAV format. All samples are royalty free.