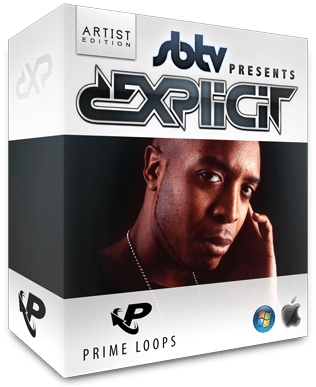 Prime Loops has announced the release of SBTV Presents Dexplicit, a commercial collection of dubstep drum loops, synths, basslines, FX and one shots in various formats.

Hailing from the UK, Dexplicit is the mind behind tracks such as Lethal Bizzle’s chart storming ‘Pow!’, which has since been tackled by the likes of Jay Z and Pitbull. Dexplicit’s skills have led him to scoop ‘Best Producer’ at the UMA awards, ‘Best Anthem’ at the Mobo awards and found him work with artists such as M.I.A, The Prodigy, Nelly Furtardo, Boy Better Know and many more! Prime Loops are proud to have teamed up with SBTV once again to present you with the chance to play the way only Dexplicit knows how.

Thundering in at over 330MB, this hyper-inventive pack allows you to take control of over 125 loops, ranging from dirty basslines and banging drum loops to soulful string and synth melodies and far beyond. The cherry on the top of this slice of sample cake is over 165 one-shots spread across thumping drums and basses, spine-tingling FX and sumptuous strings and synths.

This pack is available for £19.95. Prime Loops is currently running a great holiday promotion- 50% off all samples and 1 GB of free sounds with every purchase.