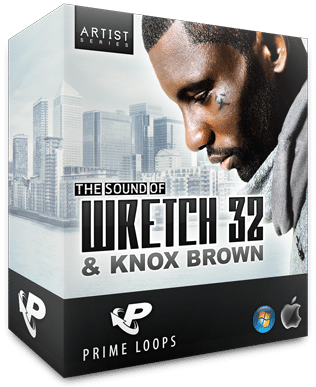 Prime Loops has announced the release of The Sound of Wretch 32 & Knox Brown, a collection of loops and construction kits for hip hop, RnB, grime and more.

2012 has seen Wretch 32 rolling with a string of chart topping singles as well taking home ‘Best International Act’ at the 2012 BET Awards and featured as the profile face of London’s Olympics Adidas‘ and Coca Cola‘s campaigns.

The Sound of Wretch 32 & Knox Brown is a winning blend of innovative sounds and rhythms which take as much inspiration from the bubbling UK metropolitan underground as it does from the pop charts. Contemporary R&B, UK grime, even borrowing a lick or two from the ever present indie music scene and transforming it into something fresh – The Sound of Wretch 32 & Knox Brown will arm you with the necessary tools to do as much damage in the headphones as it will in the charts and clubs.