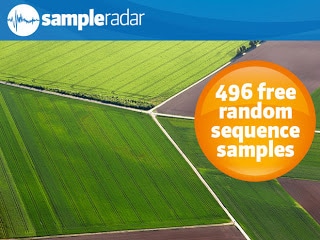 Believe it or not, SampleRadar’s life is actually quite structured, but sometimes, it’s time to throw caution and order to the wind and embrace the unpredictable.

Hence this week’s collection, which gives you sounds that don’t necessarily conform to any strict musical rules.

These loops are split into eight folders, each one named according to the type of sounds that are contained within. The BPM for each loop is listed in its filename.

All sounds are royalty free, the only restriction being that you’re not allowed to re-distribute them.