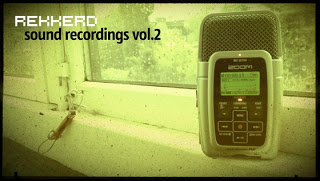 Ever since recording some sounds a few years ago, I’ve been meaning to take the trusty Zoom H2 for another round. I finally took the time to capture another batch of ordinary, and perhaps some less ordinary sounds.

The samples are 24-bit/44kHz WAV format and are distributed under Creative Commons BY licence.